Aomori Food and Drink Conference has found in September 2012 by companies in Aomori that are eager to expand their market to overseas. It has been actively working and researching to get into the U.S. market and share its quality food and drinks, trying to establish Aomori Brand in the U.S. Our activity just started, and continues to try hard to share its quality and joy of finding quality food from one of the best food place from Japan.

We had hold Aomori Fair in Los Angeles, the second largest city in the U.S. We brought and introduced Black garlic, Apple Vinegar, confectionaries and many others. Local residents from Aomori played Nebuta music. It was a good success and research of the market. 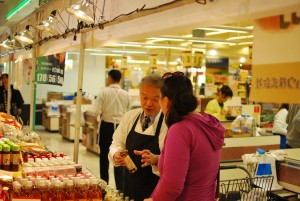 Aomori Fair at Uwajimaya Beaverton store in Beaverton, OR. March 2014

Portland is known for one of the best food culture in the US. We found it is a totally different market than Los Angeles, and found the level of food culture is very high, consumers care about what they eat and educated. Portlander are willing to spend money for good food. We loved the city. Local Taiko performer Takohachi performed for us, and they did Nebuta music, and we all jumped and danced! 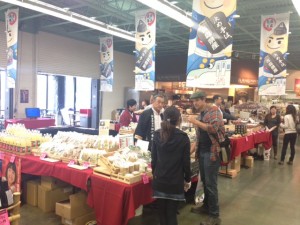 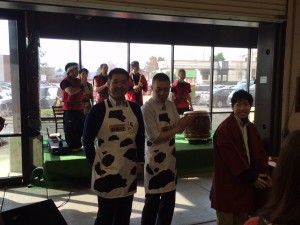 Festival Japan at Uwajimaya Beaverton store in Beaverton, OR. Sep. 2014

We went back to Portland after March Aomori Fair to participate at annual Festival Japan run by JASO. There are quite a few people came back from our last visit, we made new friends and funs. Takohachi performed at the event, and thanks to them, they played nebuta again right in front of our booth. We jumped and danced again! 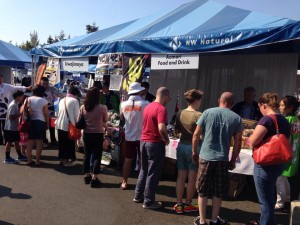 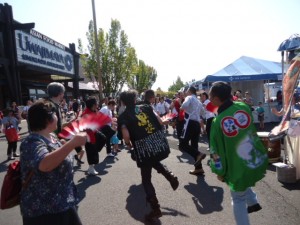 We had a big event in All Uwajimaya store! Thank you for coming our events and we wanna go back again! 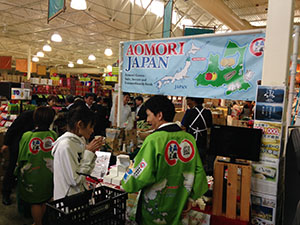 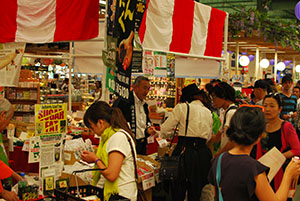